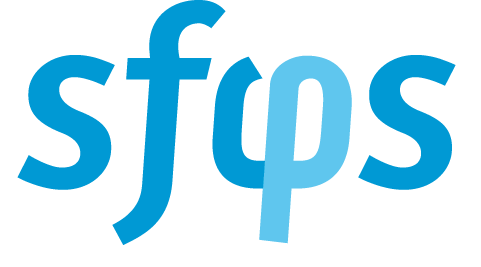 Participate in the conference

The Stakes of the Games

The contribution of research in Human and Social Sciences of sport to the Olympic and Paralympic Games of Paris 2024.

The Olympic and Paralympic Games (OPG) of Paris 2024 mean to act as a medium for educating young people, promoting health through sports as well as true equality between men and women, but also as an accelerator for the ecological transition and an active lever in favour of a more inclusive and supportive society. These ambitious objectives, which draw the outline of a political project surrounding the legacy of the Games, engage various actors, all of them legatees who are more or less close to the Olympic movement and who bring a diversity of ends and stakes.
For twenty years, the field of research in HSS concerning sports has both strongly expanded and progressively diversified. The result of this today is an abundance of research in the fields of anthropology, demography, law, economy, ethics, geography, management, history, philosophy, political sciences, sciences of education, sciences of information and communication, sciences of intervention, sociology, etc. All these works have considerably supplemented the understanding of issues relating to Physical Sporting and Artistic Activities (APSA) by taking an interest in the individuals who practice them, promote them, organise them, finance them, or watch them. In this manner, they provide a useful insight for understanding exactly what are « the stakes of the Games ».

In this context, we are instigating a call for communications, the aim of which consists in analysing, questioning and offering a critical and constructive outlook on this planetary event, by positioning the debates at a proper distance from militant postures (« pro » or « anti » OPG). The goal is therefore to identify the stakes (both in terms of expectations and impacts) in view of the objectives advertised by the organizing committee (COJOP).
In what measure does the fine knowledge acquired in each scientific field, as well as the tools at disposition (both conceptual and methodological), allow us to think, accompany and evaluate the multiple and complex effects of the Games, at each step of the process (before, during, and after)? What original prospects in terms of research and public action could this multidisciplinary symposium potentially open? Can the scientific debates surrounding the OPG be seen as a basis for reflexion and the construction of interdisciplinarity?
In order to encourage transversal approaches, we strongly encourage communicators to combine their works so as to submit common propositions. The scientific committee will be particularly attentive to this grouping and structuring effort.
This call for communications with a multidisciplinary approach revolves around five themes.

Theme 1: the promise of educational and inclusive sports

This theme implies a new questioning of the discourses, programmes and dispositions surrounding the Olympic ideal of sport, when the latter is seen as a factor for education and/or inclusion. The expected analyses must question the policies instigated, the framework models set up for the publics in question, the contents of the training programmes offered by the instructors in the field of physical, sporting and artistic activities, the teachings made available, as well as the actions and methodological tools engaged in the sectors of education, training or entertainment.
Communications can take an interest in the dispositions surrounding great events made in the direction of those publics considered as « vulnerable » or « specific », in the prevention, entertainment, or insertion policies of the APSA within urban and/or rural spaces categorised as being « in difficulty », in school Physical and Sporting Education (EPS) as a lever for developing practices and broadcasting sports culture, or even promoting education and health, in the diversity of the professional cultures set in play by the policies for education and inclusion.

Theme 2: promoting health and well-being through the practice of physical activities

This theme aims to question the conditions for the existence of a positive link between sports and health such as is carried by the Olympic movement and broadcast throughout society. It invites to study the forms, injunctions and additions to political agendas, the institutions and dispositions promoting physical and sporting activities toward ends such as health prevention and/or the development of physical activity programmes adapted to publics which are increasingly diversified (prison system, within companies, etc.) and answering to ever more numerous pathologies (sport on doctors’ orders, etc.). It will also question the evolutions of teaching programmes within the curriculum (EPS) and their consequences on the training of future sporting citizens, girls or boys.
Notably, the aim will be to discuss the type of evidence which links physical activities and health though the spectrum of publics involved, as well as their material possibilities for practicing sports. We will then be able to broach issues relating to available time, singular publics, the modalities for practice on offer, the quality of monitoring, the state of fatigue, the costs involved, the spaces dedicated, and the impact of the health crisis.

Theme 3: increasing performances and the development of sporting leisure activities

The ambition for sporting excellence is central to the Olympic and Paralympic programme. It extends, paradoxically, into the aspiration to develop a sports practice for all. This theme engages a questioning of the modalities for instigating « sporting work », as well as the manners in which sportsmen and women are monitored, whether they come from top level, amateur sports or from « sports for all » backgrounds.
Analyses can bear upon the valued uses of the body, on the structures dedicated to training and/or self-organised practices, the available models of training, the impact of new technologies and connected devices, the efficiency of the double project as a factor of development for sportsmen and women, the evolution of practices (from their emergence right up to Olympic consecration), the innovations and systems for enhancing performances.

Theme 4: the ambition of a shared organisation

In presenting the Games from the angle of a shared action, the sporting movement aspires to an evolution in the forms of governance of sports, inducing a strong social responsibility. This theme provides the opportunity to grasp public action in its concrete materiality in order to better understand the types of measures taken by the actors of the sporting movement, in the face of the evolution of the capacities and strategies of the political body. The envisaged themes integrate economic and social concerns, issues relating to planning the layout of spaces through the creation of long-lasting equipment, taking into account environmental questions, security imperatives, or even the question of adapting sporting locations to various educational interventions.
Research can be centred around the controversy relating to the ecological footprint of the Games, the transformations that have taken place within the institutional landscape (such as the creation of the National Sport Agency in 2018), the events organised around the Games within school settings or within territorial agencies in view of encouraging different forms of practice of physical and sporting activities, the Paris 2024 Social Charter or even the historical evolution of the perception of what « successful Games » are, depending on the different parties involved.

Theme 5: an ethics for information and communication

In order to best promote the world-level media event that are the Games, the COJOP promises a controlled communication based on commonly shared values. This theme not only questions the action of the organisers, who are guarantors of the preservation and promotion of the symbolic system historically associated to the Olympic spirit, but also the action of the journalists and other professionals – men and women – within the media which ensure its broadcasting. It invites a questioning of the reach of the information as well as the evolution in the modalities for broadcasting sports. Within this framework, the particular aim will be to analyse the digital revolution and its consequences on the conception of sporting events, the organisation of infrastructures and the broadcasting of information.
The following subjects could, for example, be investigated: relations between the sporting world and the media, from paper-based to the Internet; the role played by the media in the construction of the image of sport, of athletes and, more largely, of the sporting act in itself; the issues linked to broadcasting sports in the media; the format and contents of sporting communication and information; their impact on the different forms of sports broadcasting; the production of personal data through the connected practice of sports.